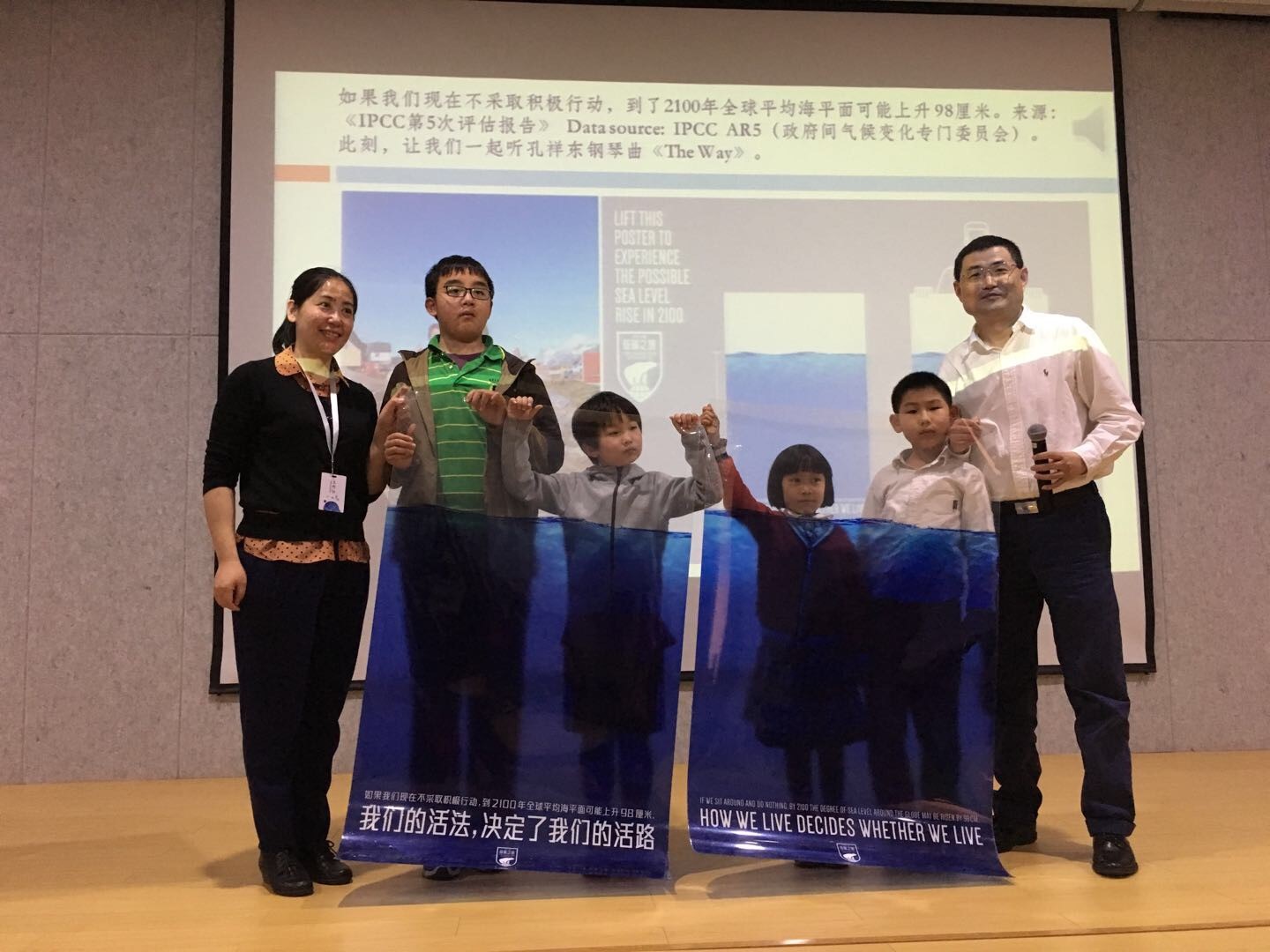 Green-light natural “BookCrossing” project is a public-sharing reading activity which initiated by Ms. Ni Hua, the founding director of the Green-light Year. First of all, a number of populations drift in an English original album with the theme of nature conservation and climate change. Finally, through the screening and reading clubs, every reader will share their own feelings.

At present, the project was launched in November 2016. The first book to be floated is the “Frozen Planet” that reflects climate change, and there are three volumes, in 1) the UNEP “Global Environment Outlook” desert camp campers; 2 ) Residents of Jiangchuan Street in Minhang District; 3) Drifting among the three groups of members of the library of Sanmen County, Zhejiang Province, respectively. 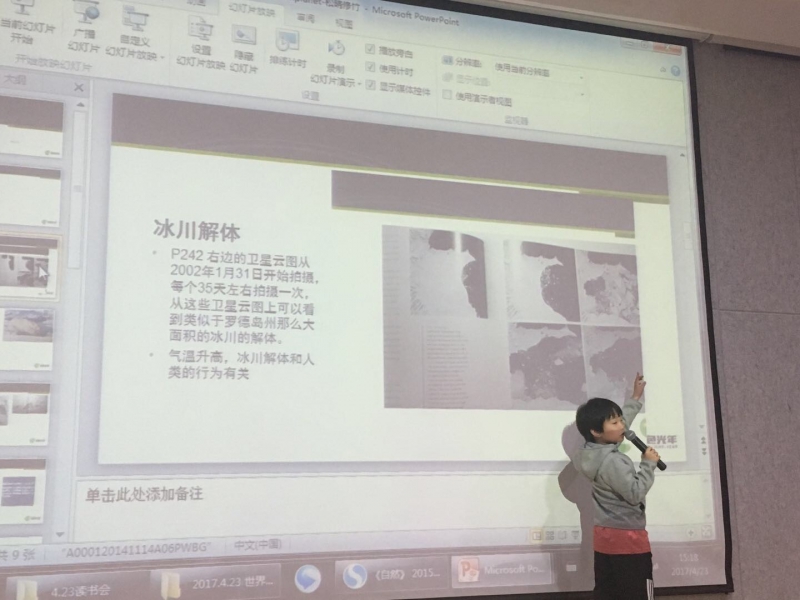 Ater the 4 months of online drifting, on April 23, 2017, the first reading and sharing session on the “frozen planet” was held at the Qian Xuesen Library of Shanghai Jiaotong University. Besides, the famous polar travel explorer photographer Gao Jie shared his low carbon journey on the South Pole.

In addition, the Green-light Reading Club also made the first attempt of Toastmaster to appoint the small readers to do PPT display on the scene which is the most memorable picture in the book to stimulate students’ enthusiasm for participation.

Afterwards, the album for the “BookCrossing” project will continue to include BBC and NASA’s original albums such as “Retrace”, “The Blue Planet”, “Planet Earth”, “Planet As Art” and “Human Planet”.