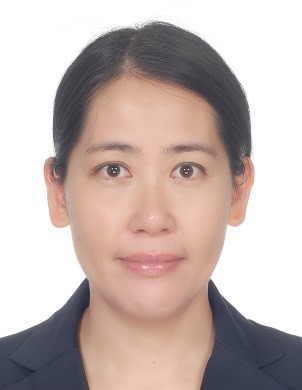 Ms. Helen Ni received her M.Phil in Development Studies from the University of Cambridge from 2004-05 with UK Government’s Chevening Scholarship. She is also a Board Member of the Finance Branch of Shanghai Overseas Scholar Association. Helen has been a China Member of the CEC Committee of International Union of Conservation Network (IUCN). Helen has 18 years of experience in working with international projects and international organizations such as DFID, UNDP, IFC, FCO, UNEP and WWF. She has been invited as an expert in low carbon communities by Shanghai Municipal Government.

Helen had been working on the PwC London-managed Sino-UK State Owned Enterprise Restructuring and Enterprise Development (SOERED) Programme funded by DFID from 2000-04 before she went to Cambridge University to pursue her Master Degree in Development Studies. Her work in this Sino-UK programme was mainly on building an enabling business environment for SME development and SME financing in Sichuan Province and in Liaoning Province while trying to mainstream CSR to local SMEs. Her M.Phil Degree Dissertation in the University of Cambridge was the study about the SME development in Western China versus to developed coastal areas and the rest of the world.

In 2016, she founded a native environmental NGO called Shanghai Green Light-Year Environmental Service Center promoting sustainable lifestyles in urban and rural communities in China. Her new experience enabled her to get to know many start-ups and environmental SMEs working in sustainability. Her NGO work has earned her the “Social Impact Award” under “2017 Study UK Alumni Award” by British Council. Helen and her NGO have been reported by more than 13 international media from 7 countries and dozens of mainstream domestic media.

Helen’s home is called a mini environmental technology museum as she has installed Mainland China’s first CIGS thin film solar plant. She is the first home user of outdoor aquaponics system to grow vegetables, the vertical farm user to use her kitchen waste to make organic fertilizer to have zero emission of her wet rubbish. She also use hybrid and EV two-mode car and use dripping irrigation system for her little farm. Her home has received more than 6000 visitors from around the world since 2015 and she has trained 21 kids as her “little volunteer explainers” from her own community.

Selected stories about her and her NGO include:

Picked up by China File on Dec 13, 2016: http://www.chinafile.com/environment/chinese-consumers-adopt-greener-lifestyle

l  “How far are environmental risks away from financial institutions?(Link)”, the Securities Times, 11 Jan, 2013